Disease is a conviction, and I was born with that conviction

“little ant in the deep crack of the step, forever.” 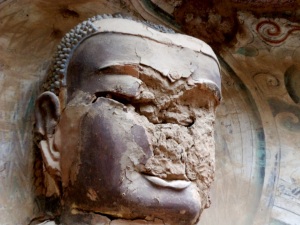 “then he forgets what he even wanted to inquire about within himself, and slips out of his sandals and straightens his robes, as if he were about to go into the main entrance; but he doesn’t head up the steps what would take him there, instead — he himself doesn’t even know how — he stands on one of the lower steps, he looks around, no one is in sight, everyone is in the zendō, so he sits down on one of the steps and he remains there, the early spring sun shines on him, at times he shivers in a stronger breeze of the chill air, but he doesn’t move from there, he just sits on the step, leaning forward a bit with his elbows pressed onto his knees, looking ahead, and now at last he is able to pose the question to himself: what in the world was he doing here, he is able to ask himself, he just can’t find the answer, or rather he cannot understand: even if what he hears there within his soul does exist, it all adds up to just this much: nothing, he is doing nothing at all in the entire world, he just sad down here because he felt like it, to sit here and know that, there inside the hondō, Amida Buddha is now enthroned upon the altar, and he sees what no one else but himself can see, only and exclusively he, he sits there on the steps, his stomach growls, he scratches his bald head, he stares into open space, onto the steps below, the steps of dried-out old hinoki cypress, and in one of the cracks he now notices a tiny ant, well, and from that point on he only watches that ant as it goes about on its funny little legs, climbing, hurrying and then slowing down in this crack, as it starts forward, then stops, then turns around and lifting up its little ball of a head, hurries off again, but once more it comes to a dead halt, climbing out from the crack, but only to crawl right back into it, and starts off again, then after a while coming to a halt again, it stops, turns around, and just as sprightly as it can, goes again backward in the crack, and all the while the early spring sun shines on it, at times a draft of the wind strikes it, you can see the ant struggling not to be carried off by the wind, little ant, says the abbot, shaking his head, little ant in the deep crack of the step, forever.

— László Krasznahorkai, Seiobo There Below

You are currently reading “little ant in the deep crack of the step, forever.” at Departure Delayed.